Get in touch
Success stories

There is a new 3D map version of Jewel mall designed and developed by Visioglobe and it’s even more impressive with loads of 3d models! 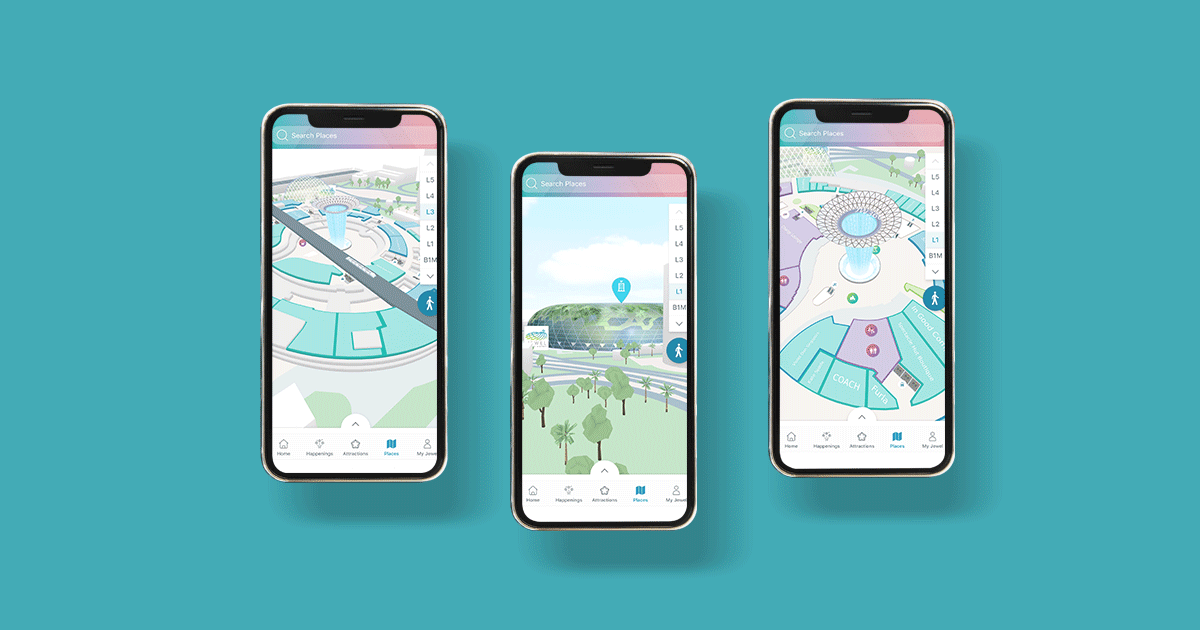 There is a new 3D map version of Jewel mall designed and developed by Visioglobe and it’s even more impressive with loads of 3D models!

The notable development of Jewel Changi Airport mall  map is the deployment of a skybox on the map which allows an immersive and impressive environment.
In addition, Visioglobe worked extensively on the 3D model of the green dome of the shopping center to make it as realistic as possible.
But what makes the Jewel Changi Airport mall map even more awesome right now is the new animated 3D model of the vortex, the Jewel mall waterfall through several floors in the building. The waterfall has been textured and animated with the Visioglobe rendering engine VisioMove.
You will also notice the presence of an animated shuttle which also crosses the building.
A work of stacking floors around 3D was done by our development teams to make the experience  ever greater.

Contrary to what you may think, this new version of the map isn’t heavier than the original one and the application does not consume more battery. But how ?  It is simple actually. Our 3D rendering engine is completely optimized for this kind of 3D models and allows good performances. You can easily download the app in 4G or even in 3G if you are in the middle of nowhere ;)
In addition, the framerate is also very good and the application is smooth.